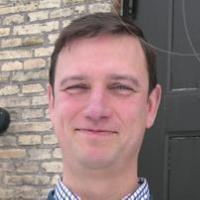 Björn Forkman was trained as a biologist at Lund Univeristy, and took his PhD at Stockholm University in the area of Ethology. His interest has mainly been in the mechanisms of behaviour, especially in the areas of learning/cognition and motivation, and how these interact. During later years his research has focused more and more on animal welfare, both assessment and melioration. Since his PhD he has mainly worked in the field of applied ethology, both in Sweden at the Agricultural University, at the Roslin Institute, Edinburgh in Scotland and now at the faculty of Health Sciences - University of Copenhagen (the faculty is the former Royal Veterinary and Agricultural University of Denmark).

He has had projects funded by, among others, the Swedish Kennel Club and the Danish Veterinary and Food Administration.

He has had industrial PhD students with SEGES and Copenhagen zoo.