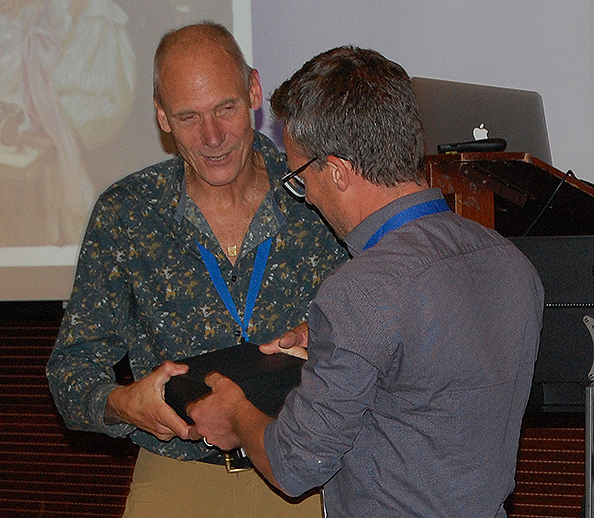 Poul Hyttel gave a lecture on Oocytes, embryos and pluripotent stem cells from a biomedical perspective.

In the motivation for why Poul Hyttel should receive the award, Trudee Fair amongst other referred to these facts;

However, Poul has never drifted too far from his bovine embryology roots; his research came full circle with the recent funding of the project ‘EliteOva’, by Innovation Fund Denmark, the aim of which is to optimize emerging technologies for in vitro embryo production and genomic selection of embryos in Danish cattle breeding.
To-date, Prof. Poul Hyttel has authored more than 280 refereed international articles, he has been the principal supervisor of more than 40 PhD-students and postdoctoral fellows and has attracted more than €18 million funding from the EU, NIH and Danish Funding Instruments for research projects.

Visit the Association for Embryo Technology in Europe (AETE) website

Read the key note lecture review paper via the link here below: