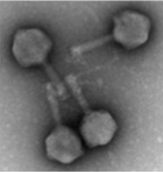 Bacteriophages are predators of bacteria that specifically infect and kill their host bacteria. The research of PHAGEBio focus on understanding the host range of phages, identification of phage receptor binding proteins, novel phage resistance mechanisms and the counter-acting strategies of developed by phages.

Our goal is to understand the consequences of microbial interactions by  elucidating the underlying molecular mechanism of phage-bacteria interactions. In addition, we aim to use phages and their enzymes to kill bacteria relevant for the food industry, in animal production and human infections. Our current focus is Salmonella, Campylobacter, antibiotic resistant E. coli (ESBL) and enterotoxigentic E. coli (ETEC).

“By establishing large phage and bacterial collections, we are not only able find the most efficient phages for therapy in clinical settings or biocontrol in food production, we can also understand the diversity of phages and how they influence bacteria in their natural niches” says Professor and group leader Lone Brøndsted.

Discovery of two genetic groups of Campylobacter phages recognizing either the capsular polyscaarride or the flagella as receptors
http://dx.plos.org/10.1371/journal.pone.0116287

BioPIGLET: Biocontrol of post-weaning diarrhoea in piglets a sustainable alternative to antibiotics and zinc oxide

Are you looking for a bachelor or master project?

We are always interested in recruiting students from all Universities within the area of veterinary medicine, biology, biology-biotechnology, bioinformatics, food science and others for Bachelor and Master projects. Contact us for more information (Professor Lone Brøndsted lobr@sund.ku.dk) or see here for project ideas. 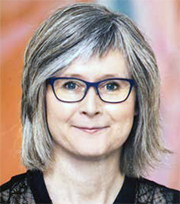